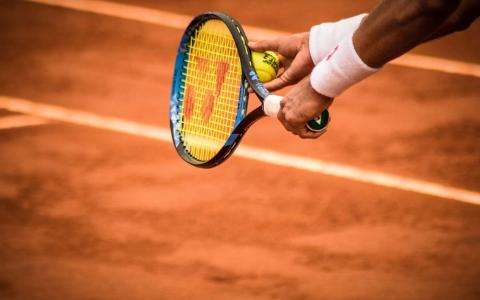 Every year in late spring, Paris thrills to the rebounds of the little yellow ball from the clay of the Stade Roland Garros, Porte d'Auteuil. Whether it’s under a blazing sun or a refreshing spring shower, tennis fans flock to the French Open, the only Grand Slam tournament played on clay. This year, the event is presenting some innovative and worthy initiatives. Read on as your Hotel Auteuil Tour Eiffel team tells all…

Stroll through the aisles, have a drink on the terrace while waiting for the start of a match, thrill to the amazing athletic prowess of the world’s top tennis stars, cheer on your favourite players, get a programme or a towel autographed… It all adds to the experience of one of the four leading tournaments in world tennis. The lifting of pandemic-related health constraints finally makes it possible to enjoy this new edition of the foremost clay court championship to the fullest. Get ready for the intense experience that will be the French Open 2022!

Check out the programme!

The French Open tournament organisers recently unveiled the full programme. As in previous years, the first week will be devoted to the qualifying rounds. From May 16th to 21st, you will see the best hopes compete, with the aim of earning a place at the top table. These encounters will be open to the public from May 18th. From May 22nd, the greatest players in the world take the stage for a fortnight that is expected to be rich in excitement and sporting spectacle. Finally, a player will lift the trophy on June 4th at the end of the women's final, while the two best male players will face off the next day, June 5th, to climax the tournament.

Extra events to enrich the tournament even further

In addition to the matches within the main framework, the French open 2022 will host several other events. On May 21st, you are invited to attend a charity day called Les Enfants de Roland Garros, intended to raise funds to help clubs and foster an interest in tennis among youngsters. On June 3rd and 4th, during the Wheelchair Tennis for All initiative, you can attend the finals of the Adecco Group Wheelchair Tennis Tournament on the prominent stage of the Philippe-Chatrier Court. And we must not forget the Legends Tournament, which sees the former stars of world tennis compete in a spirit of good humour to the delight of the public. Choose the day of your visit so you don't miss whatever piques your interest!

A quarter of an hour by public transport and a 25-minute walk from your Hotel Auteuil Tour Eiffel, you can experience the special atmosphere and plentiful thrills to be had at the Stade Roland Garros during the French Open, when the international superstars of tennis vie for supremacy. Book your tickets quickly as the closing days are particularly popular!